First Downwinder of the Season & The SIC F-14 Wide Glide vs. Angulo Shaka

It's been a weird Spring. The wind usually picks up in April and the water temps are usually cold. Low 50's. It's not uncommon to get the windiest runs of the year in April. But not this April. That's the bad news.

But the good news is that things are looking better. A pressure gradient formed north of San Francisco and created small craft advisories and blustery conditions in the outer waters. It blew up a decent short interval wind swell and combined with the Salinas Valley thermal low served up 20kt. plus winds for the Four Mile to Mitchell's Cove North Coast downwind run.

We put the word out on the Santa Cruz Paddleboard Association Facebook page, and sent out an email blast the day before the run. Six paddlers showed up the next day at Mitchells for the shuttle up to Four Mile. This was the first of run season for about half of us (including a prone paddler) and everyone was pumped and stoked to be out there again. 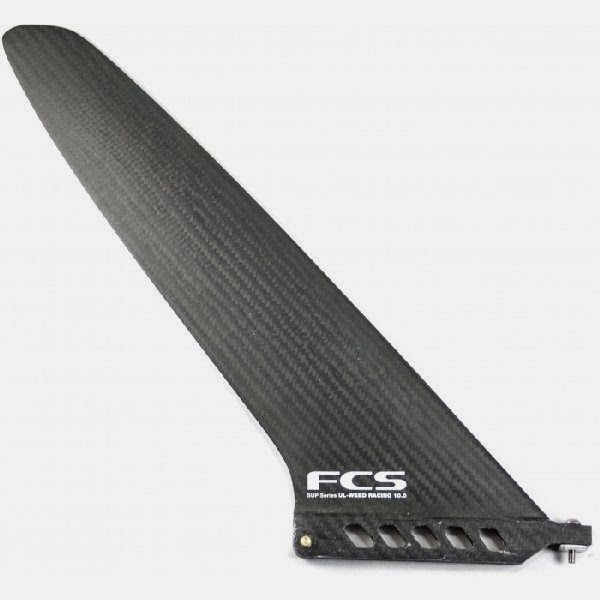 Thanks to Scott at Covewater Paddle Surf in Santa Cruz for offering up the 2014 SIC F-14 Wide Glide (without A.S.S. active steering system) for me to demo. Covewater co-worker Keith knew a lot about the board and gave me a few pre-paddling tips that turned out to be right on. He also made a very good case for taking the FCS 10 inch Weed Fin instead of the stock SIC fin, so I did. I was skeptical at first because even though the fin is billed as a "kelp" fin, it's 10 inch depth had me concerned. But the fin has substantial rake and is very narrow with a thin foil, which finally made me more curious than skeptical. The fin is well constructed with carbon fiber and looks like it could take a beating, which at that depth it probably would sooner or later. The final selling point though is the fin shape itself, with that deep 10 inch depth and the narrow base carried throughout for holding the tail in and acting as a pivot point when maneuvering on the bumps, glides and waves of a downwinder. I was intrigued and I took it with me. I'm glad I did. In addition to the excitement of the first downwind run of the season, I was jacked to try the new Wide Glide and to see how it compared to my Angulo Shaka.

By the time we got our shuttle preferences in order and arrived at the highway-side lot at Four Mile the wind was cranking. Two person board offloading is a must unless you want your high value SUP peeling off and cartwheeling into 65 mph traffic on Highway One. We staged up in the field adjacent to the lot and paired up for the buddy board carry down to the beach. When it's windy, solo carrying a downwind board the third of a mile trail walk to the beach is a challenge few really want to accept.

A quick safety briefing and basic orientation to the paddle out, the reefs (and adjacent surf), and the kelp beds prefaced our launch at 2:32PM. Everyone paddled out in front of me and I was the last to hit the water. When the wind is pumping rarely am I able to hug the channel's north side kelp bed long enough to avoid the massive south side kelp bed. Today was no exception and even though I put in my first 500 strokes on the lee side of the board, I soon found myself losing the battle against the wind and side chop and heading for the kelp beds. No worries I told myself. This is a good test of the weed fin. It was.

The first thing I noticed about the F-14 was stability. This board is rock steady and handled all the side wind and chop the conditions and bumpy seas could throw at us. During this part of the channel, before you turn downwind, the swells are coming at you perpendicular to the board. So in addition to the choppy, wind blown seas, the paddler is negotiating the larger ocean swells. In this the board was perfectly stable. So far so good. This is a very comfortable board.

I was chomping at the bit to turn downwind but not before paddling through the last of the south of channel kelp beds. It's always helpful to have a like product to compare a current product with, and I had both fin and board to compare with the F-14. The Angulo Shaka 14 and the Angulo Sea Shaka fin. So far both board and fin were very similar to each other, and in the same basic camp and category. I didn't notice much real difference between the two fins paddling through the kelp. The Weed Fin (WF) caught a couple times but considering the thickness of the sea vegetation, it wasn't bad at all. Next test, downwind gliding.

Again the boards are very comparable and what I like best about both boards is their stability. Even though the boards are both 14 feet long, the F-14 is "larger" (and a bit heavier) with 298L of volume vs. the Shaka's 250L. But this just ensures the stability that is the primary feature of these two downwind boards.

This was my first run of the season and I should have been a bit rusty but on the F-14 I took off like a shot in the downwind bumps and proceeded to take full advantage of the wind, swells, glides and the F-14's progressive design. SIC has made a board that is both stable, and fast in the bumps. At least part of this can be attributed to the relaxed rocker overall. I didn't fall ever, and only came close once when I back peddled to pull the nose up and wobbled a bit on the narrower tail. To be sure, the Shaka is a bump catcher, but I like the way the F-14 "surfs" better. This is due I think to hard rails on the F-14 that start about a third of the way up from the tail. The Shaka has soft rails all the way around which gives it less bite in the wave face. The hard rail provides two advantages. One, when you have to surf the board on an actual nearshore wave, you've got a good surfing and controllable board under your feet. Two, the hard rail stabilizes the tail in crazy wind chop and keeps it from sliding out. Again, this is another rock steady feature of the F-14, along with it's overall paddling stability.

Another design element both these boards utilize is the pin tail. The pin vs. square tail is no match-up in my book as the pin tail is much less susceptible to multiple waves pushing the tail around at the same time. The square tail is less stable and more liable to slide out, or sideways on the bumps than the pin. The pin definitely enhances the board's stability in the kind of conditions you want to be in for good downwinders.

Getting back to the Weed Fin vs. the Sea Shaka fin the margin of difference wasn't noticeably dramatic. I would use either fin in either board and it would be all good I think. The WF seemed to also add to the ability of the tail to keep from sliding out and perhaps to give the board a pivot point off that long 10 inches of depth. I give both fins a thumbs up for sure. (The fin, like all fins these days, is expensive at nearly $100 (online) and if I get one, I'll throw it in the Shaka for comparison's sake. I'll update if and when that happens.)

I try not to let the hype all board companies claim about their boards influence me too much, but in the case of the SIC F-14 I found this bit of marketing to be pretty much right on.

"Building on a legacy of gliding and derived from the most winning open-ocean race
board, the F-16, this all new F-14 (14’0”) features, speed, glide-ability and stability that is
unmatched. With a focus on the less experienced paddler looking to find the perfect glide,
however, needing a shape that is more forgiving, capable of taking on sloppy seas and
giving the stability that allows one to get on glide and minimize fatigue, the F-14 brings
gliding to the masses and is also an amazing all-round fitness board."

So now we come to the two major points of difference between the Shaka and the F-14 as I see it. Price and availability.

Price. I have always thought that the SIC boards were expensive...really expensive. Some people (especially those into racing) are willing to pay what I call that "premium" price but I tend to be more of a value (aka budget) shopper and I'm not into racing. Fun and fitness on a durable high quality product that matches my skills and needs is what I'm after. At $2400 (online) retail, the F-14 definitely falls into the "pricey" category. When you compare that price against the Angulo Shaka at (online) $1400-$1600 (EST build) and $1600-$1700 (XLT build) you can easily see what I mean by premium price.

Availability. SIC has built itself into a proven powerhouse in all areas. Mark Raaphorst's
SIC designs are second to none worldwide. The company has chosen to prove itself in the competitive arena and more often than not, SIC comes out on top. They have built their business into a solid, profitable enterprise with a distribution system that ensures you can get a board just about anywhere in the world where SUP is happening. Check SIC's website for retail locations and if you're in NorCal or Santa Cruz, Covewater carries a full line of SIC boards and they have demos so you can try before you buy.

Ed Angulo is a senior shaper and one of the most experienced designers in the world of wind surfing, surfing and SUPs. Way back in the day on Maui, Mark worked for Ed. But today, Angulo Designs is the weaker business compared to SIC. Production and availability seem to be limited for the Shaka which is too bad because it's a great board at a reasonable price. Therefore, depending upon where you live, getting a Shaka could be difficult. Check the Angulo Designs website for contact info and availability.

Summary. Both boards will do what I want them to do. One is more expensive than the other. One may be more readily available than the other. Build quality appears to be very comparable. If you want the most red hot design emanating out what is arguably the most red hot, cutting edge company in the SUP world today and are willing to pay a few more dollars, then SIC may be your call. But if value is your most important criteria then you may want to chose the Shaka. Either way, you won't be disappointed.
Posted by srfnff at 3:52 PM